Action Cycling Atlanta, Inc. (ACA) was formed in 2003 by a group of cyclists who had participated in the 2002 European AIDS Vaccine Ride, one of the last AIDSRides produced by Pallotta Teamworks. The group was dismayed at cost overruns of the European ride. Also, the end of Pallotta Teamworks created a fundraising vacuum for the beneficiaries receiving proceeds from the rides produced by Pallotta.

Action Cycling Atlanta was incorporated as a 501c3 charitable organization and chose to continue fundraising for AIDS vaccine research at the Emory Vaccine Center, located in Atlanta, GA and a former beneficiary of the Pallotta events. The ride existed as the Action Cycling 200 for its first 6 years. 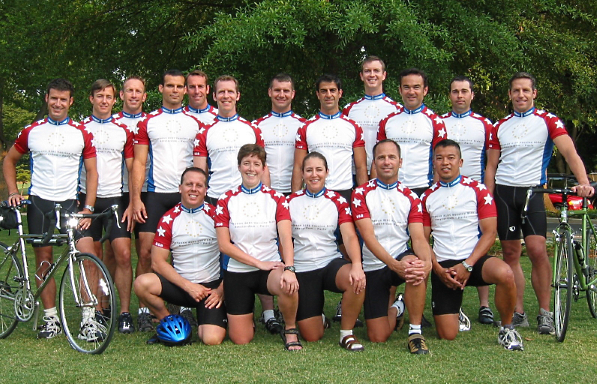 In recent years, the ride has also donated a portion of ride proceeds to Atlanta-area AIDS service organizations who have partnered with the AV200 by sponsoring a team. Written into the bylaws of Action Cycling Atlanta is its commitment to adhere to the standards set forth by the Better Business Bureau’s Wise Giving Alliance and to minimizing event expenses returning as much of the funds raised directly to the charitable cause. To date, 100% of the money raised by ride participants has been donated to our beneficiaries. Action Cycling Atlanta is able to do this by underwriting the cost of the event through registration fees and generous event sponsors.

The ride originally traveled from the Hope Clinic in Decatur, GA to Athens, GA. In order to accommodate more riders, in 2007, ride organizers changed the route to begin and end on the Emory University campus with a Saturday night stay at Rock Eagle 4-H Center near Eatonton, GA. In 2009, the name of the ride was changed to the AIDS Vaccine 200 (AV200) to communicate more clearly the purpose of the ride.