HIV IN THE UNITED STATES: AT A GLANCE

CDC estimates that 1,144,500 persons aged 13 years and older are living with HIV infection, including 180,900 (15.8%) who are unaware of their infection1. Over the past decade, the number of people living with HIV has increased, while the annual number of new HIV infections has remained relatively stable. Still, the pace of new infections continues at far too high a level— particularly among certain groups. 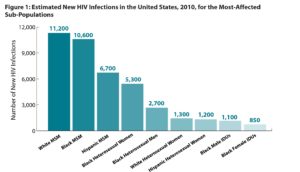 Figure1: Estimated New HIV Infections in the United States, 2010, for the Most Affected Sub-populations
*CDC HIV impact in the U.S. at a glance
*CDC HIV U.S. Geographic Distribution

Gay, bisexual, and other men who have sex with men (MSM) of all races and ethnicities remain the population most profoundly affected by HIV.

Heterosexuals and injection drug users also continue to be affected by HIV.

Since the epidemic began, almost 85,000 persons with an AIDS diagnosis, infected through heterosexual sex, have died, included an estimated 4,003 in 2010(3).

Blacks/African Americans continue to experience the most severe burden of HIV, compared with other races and ethnicities.

Unless the course of the epidemic changes, at some point in their lifetime, an estimated 1 in 16 black men and 1 in 32 black women will be diagnosed with HIV infection(5).

(a)For assessing disease risk, the term MSM is often used instead of gay, homosexual, or bisexual because it refers to a risk behavior, rather than an identity that may or may not be tied to a behavior.

Content provided and maintained by the US Centers for Disease Control and Prevention (CDC). Please see our system usage guidelines and disclaimer.