You might say Shawn Walton was precocious.
At 2, he climbed aboard his older brother’s bike and maneuvered around without any training wheels.

“I got into biking at an early age,” he says. “My earliest memory is riding a bicycle.”

Now 29, Walton is bringing that love of cycling to the next generation as the founder and CEO of WeCycle Atlanta, a nonprofit community bike shop in southwest Atlanta that helps low-income youths earn their bikes.

The Morehouse College graduate wants to show youngsters how cycling can improve their health and have an impact on the environment. He also teaches kids about sustainability by helping them learn the ins and outs of community gardening.

Walton says he didn’t become serious about cycling until college. After wasting about $4,000 on a car with a bad transmission, he listened to a friend and got a bike for $25 from a local co-op. Soon he was cycling back and forth each day from East Atlanta to the Morehouse campus.

“It gave me the inspiration for WeCycle Atlanta,” says Walton, explaining how that daily commute motivated him to start the bike shop. “I wanted to teach all those benefits (of cycling) to everybody.”

WeCycle Atlanta started out of Walton’s garage more than two years ago with $100 worth of bikes he bought from a neighbor. Walton had moved to southwest Atlanta, which had few biking facilities, and he realized that “I have to make bicycles accessible.” 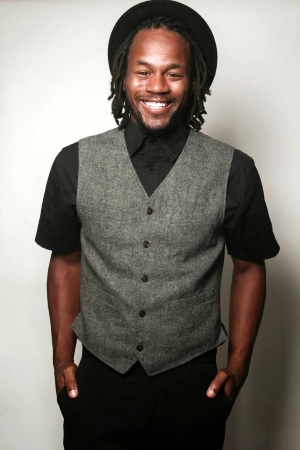 Walton passes on life skills to youth via a philosophy known as WHEELS, which stands for work ethic, health, environment, economics, leadership and sustainability. He says African-Americans have long relied on marches to help mobilize the community but “if we’re rolling on wheels, we can do it faster.”

WeCycle’s 40 Hours and a Bike program lets youngsters earn bikes by taking classes and receiving credit hours for them. They learn how to fix bikes — checking gears and brakes and changing tires — and receive lessons in safe cycling by going out on neighborhood rides.

Walton combines lessons on cycling with those on health and the environment, including community service in local gardens in southwest Atlanta. WeCycle Atlanta helped revitalize Ashview Community Garden, which had fallen into disrepair and become a dumping ground for the area.

“You have to have access to fresh, local produce,” he says. “That was a problem over here (on the westside). We go to all the community gardens in the area.”

He says he gets pleasure from seeing kids on their bikes — their camaraderie blooming – and watching them as they learn to eat healthy and save money by growing fresh produce.

He recounted how a sixth-grade girl remarked she could skip a store trip to buy marigolds by planting the flower seeds herself. “It brought a smile to my face. She got it,” he says.

Despite occasional setbacks, he says, “Those small things teach me to endure.”

In November, WeCycle Atlanta moved into a small storefront in Ashview Heights near the West End. Shortly after the move, thieves broke in on Christmas Eve, stealing office equipment, tools and a flat-screen TV. But that reversal has proved temporary, Walton says.

“It took a break-in to get a breakthrough,” he says. “People heard about it on the news and then people began to support us.”

Not only did the CEO of Park Tool give more tools to the shop than it ever had had, Walton says, but people also donated 100 bicycles. (Check out WeCycle Atlanta’s website at www.wecycleatlanta.org if you want to make a contribution.)

“It put us in a better position to get things done,” he says, as news of the robbery spread through the cycling world.

Two days later, WeCycle Atlanta went ahead with its plan to give out bikes on the first day of Kwanzaa. “We delivered 20 bikes to youths to bring cheer to the community,” Walton says.

WeCycle Atlanta is moving ahead with its plans for the year, including a February 10 panel discussion and spoken-word performance on safe sex, love and intimacy that will include participation from the AIDS Vaccine 200. It’s called “Commune and Tea,” a play on words for community. The event will be from 7 to 10 p.m. at the store at 1124 Oak Street S.W.

“AIDS and the safe sex conversation need to be had,” Walton says. “We need to educate people on ways to mitigate the effects of STDs, HIV and AIDS.”

Walton says his own family has felt the impact of AIDS, with a 9-year-old niece losing her mother to the devastating illness. “No kid should have their parents leave them at that age,” he says. “Every time I talk to my niece I’m reminded one of my family died.”

For now, Walton says he wants to focus all his energies on WeCycle. He’s planning an official grand opening for the new storefront location on April 4, with a bike ride and sign-up efforts for a youth summer program.

He’s even introduced his toddler son, Ezra, to the joys of biking. On a recent breezy January day, the 15-month-old was wrapped up warmly for his first ride, sporting a safety helmet as he sat in a child’s seat on the back of his dad’s bike.

“The kids in the community know me as Mr. Shawn,” he says. “The parents trust me. The kids trust me. That brings joy to my heart.”